Youth Red Cross is one of the wings of Indian Red Cross Society. It is a movement organized at the college level for students between 18 and 25 years of age. Mr.S.Senthil, Assistant Professor, Department of Mathematics, is the Programme Officer under whose guidance, the students are trained and encouraged to manage the affairs of the group, electing their own Office-Bearers.

As a movement of the youth, YRC seeks to:

To make them understand and accept civic responsibilities, and act accordingly with humanitarian concern.

To enable the growth and development of a spirit of service

To inculcate sense of duty with dedication and devotion in the minds of youth.

To foster better friendly relationship with all without any discrimination.

To encourage community service through training and education

To disseminate the 7 fundamental principles of Red Cross Movement through activities that encourage the its ideals.

Having a workshop for YRC volunteers to enlighten their knowledge in first-aid and rescue steps in emergency.

Indian Red Cross Society (IRCS) was established in 1920 under the Indian Red Cross Society Act and incorporated under Parliament Act XV of 1920. The act was last amended in 1992 and of rules were formed in 1994. The IRCS has 35 State / Union Territories Branches with their more than 700 districts and sub district branches. Honourable President of India is the President and Honourable Union Health Minister is the Chairman of the Society. The Indian Red Cross‘s programmes are grouped into four main core areas: Promoting humanitarian principles and values; Disaster response; Disaster preparedness; and Health and Care in the Community.

Red Cross promotes the Humanitarian values, which encourage respect for other human beings and a willingness to work together to find solutions to problems. From the seven fundamental principles, the movement aims to influence the behaviour of all the people.

Disaster response continues to represent the largest portion of IRCS work, with assistance to millions of people annually ranging from refugees to victims of natural disasters. The sharp increase in the number of natural disasters countrywide in recent years has prompted the Red Cross to devote more attention to Disaster preparedness activities. These aim to make Red Cross Societies and communities more aware of the risks they face, how to reduce their vulnerability, and how to cope when disaster strikes.

Too many people die as a result of no access to even the most basic health services and elementary health education. Health and community care has become a cornerstone of humanitarian assistance, and accounts for a large part of Red Cross spending. Through these programmes, the Red Cross aims to enable communities to reduce their vulnerability to disease, and prepare for and respond to public health crises.

Young Swiss businessman, Jean Henry Dunant was appalled by the condition of the wounded soldiers he happened to see in the battle field of Solferino, Italy in 1859 during the Franco – Austrian war. He arranged relief services with the help of the local community immediately. He wrote the book ‘Memory of Solferino’ suggesting that a neutral organization be established to aid the wounded soldiers in times of war. Just a year after the release of this book, an international conference was convened in Geneva to consider the suggestions of Henry Dunant and thus the Red Cross Movement was born.

International Red Cross Movement was established by Geneva Convention of 1864. The name and the emblem of the movement are derived from the reversal of the Swiss national flag, to honor the country in which Red Cross was found. 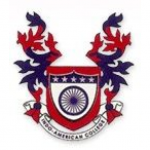